<Used To The Spin

There are lots of ‘life changing’ video’s on YouTube. The site is one of the great inventions for the digital community. Right know it’s just mind-blowing to think of the amount of (digital) film that is available on it, but that’s a whole different story. This post is about video’s that give you a new perspective and make you think about things you always took for granted. For example: ‘sneezing panda‘ changed my outlook on panda’s completely. I just thought of them as cute-looking bears who will steal your bamboo when you’re not looking, but now I know they are almost as cute as hello kitty and are able to sneeze (quite loud, I must add). But on a more serious note – this post is not supposed to be about short and funny YouTube video’s, the opposite actually – I recommend you to watch a rather long and serious documentary about the origin of poverty. It’s a real eye-opener and definitely worth the 105 minutes of your day (or life). It comes highly recommended by quite a few well known people like Julian Casablancas (The Strokes) and Stephen Fry and is narrated by Martin Sheen. You can watch it instead of the new Ashton Kutcher ‘romantic’ ‘comedy’ I know you were just about to rent (busted!). It’s the right thing to do and you don’t even have to occupy something!

‘The irony would be that we know what we are doing’. – Kurt Vonnegut

When I get sad, I stop being sad and be awesome instead. True story. 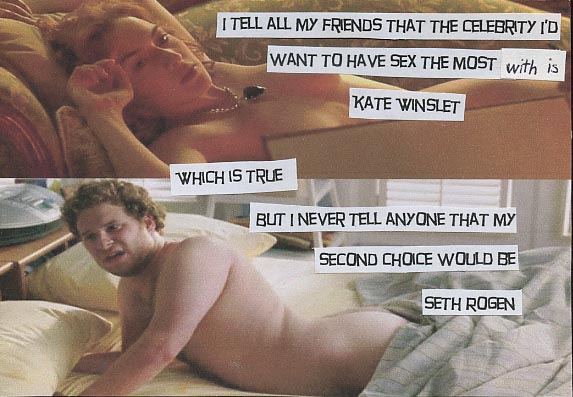 There are not many things as interesting as secrets from someone else (like the one above). While your own secrets might feel like they are burning a hole in your soul, it’s extremely interesting to hear other people’s secrets. Who doesn’t think it’s great to get the chance to hear some deep/funny/beautiful/disturbing/sad/happy/life-changing/OMG-secrets a person is willing to share? Uuuh. No-one.

But then there is the problem of getting people to share their secrets. People don’t share them right away (and for good reasons) or not at all. Think of the awkwardness. So, unless you are willing to befriend total strangers and spend fasts amounts of time with them – preferably under the influence – there is little chance you will ever find out their deepest secrets. But wouldn’t it be nice if you had the chance to read secrets people were having? Well, obviously I am not the first one to think so and that is why Frank Warren, an American artist, started a community project with thousands of empty self addressed postcards and asks recipients to write a secret of their own on it and send it back. All anonymously.

The replies were overwhelming and in 2005 PostSecret blog was started. It was the place where a selection of the ‘best’ secrets was posted. And the rest is history (always wanted to say that). To this day it is the biggest advertisement-free blog in the world. A great community of acceptance, as it is know. And an internet phenomena for that matter. Secrets are updated on Sunday. If you didn’t know about the site yet, it’s definitely worth it to sign up for the Sunday secrets email service. And if you did know about it but for some reason forgot how special it was, now you remember!

See it for yourself… on http://www.postsecret.com

Or check – and spend too much time – at: http://postsecretarchive.com for the full archive.

Or even better send your own to: 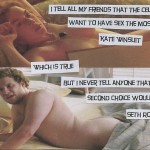 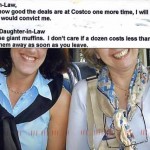 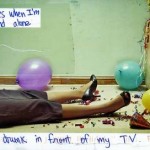 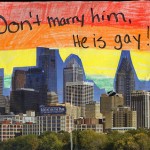 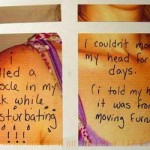 My secret? I can ride my bike without using my hands, but I don’t do it in public because I don’t want to show off. True story. 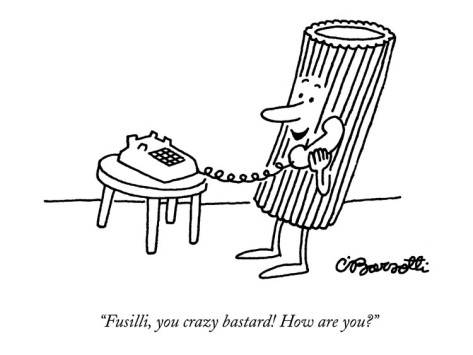 There are few magazines that have such a collection of great cartoons as The New Yorker. Come to think of it, The New Yorker has the best collection of ‘oldskool’ cartoons I’ve come across on my fast and adventures travels over the internet.  And they have a ‘Cartoon Bank’. Which means, the put all the good stuff together for you to see at your own convenient time. Isn’t that nice of them? It’s ideal to check out on one of those lazy Sunday afternoons. Or on one of those Monday’s you just can’t seem to get yourself started. It is blue monday after all 😉 And if you are looking for an out-of-the-box gift; you can order all cartoons (and thus look at them) from the New Yorker via this link:

Check out more cartoons in the cartoon bank

Laughter and tears are both responses to frustration and exhaustion. I myself prefer to laugh, since there is less cleaning up to do afterward.

If you are a man, and if you’ve ever gone to the gym – which is very likely – you probably know what the great comedian Michael McIntyre is talking about in this video. To be honest: I don’t know what the nakedness etiquette actually is in places like this, and you most likely don’t too. And that’s where it all went wrong. There are just no limits to being able to be naked if you’ve worked out. It’s like people treat themselves to some exhibitionism. But at least we got this great sketch out of it. Enjoy!

Buy the 2009 DVD ‘Hello Wembley’ if you’d like to see more of Michael McIntyre. And I know you want to!

Everybody loves a good underdog or comeback story. The NBA itself was somewhat of a comeback story this year. Cut short, and with a limited amount of regular season games. But one of the biggest stories of theseason so far definitely is the signing of Chris Paul from the New Orleans Hornets to the Los Angeles Clippers.

It looked like he was going to wear the yellow jersey, but when the ‘big man’ NBA owner Stern vetoed against it he took his bags and moved to the ‘sleeping’ and losing franchise L.A. Clippers. With him, and the talented Blake Griffin and veteran Chauncey Ray Billups  too, they now finally have a good chance to step out of their rivals’ shadow. Yesterday they took a win over them in a direct match. They truly are the talk of the town, tinseltown that is. It’s game on Los Angeles!

See the Clippers beat the Lakers (in recap)

Oh, and to prove everything is possible in basketball:

Being bullied must be one of the hardest things to endure. The guys from Everynone made this great anti bullying video called Losers.

Losers from Everynone on Vimeo. 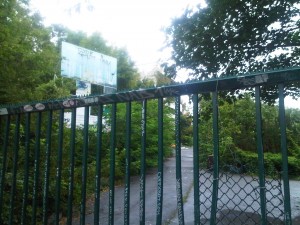 There is no big opening ceremony, no throwing of expensive bottles of bubbly wine, or some other celebratory moment, but: the digital gates to Used To The Spin are now officially open! Check it out regularly to stay up-to-date, outdated, popular and not so popular. It’s everything you need to know, but in less. Less time, less things you don’t need. Just the good stuff!

Used To The Spin?

Used To The Spin is here to bring you the good stuff. It's about all kinds of things, things you did not had the time to find - or look up - yourself, because you are a slave to time and matter. Or you just had better things to do. It's everything you need to know, but in less. Less time, less things you don't need. And some personal stuff too.