70’s and 80’s New York City was nothing like the Big Apple as we know it today. Much grittier, more dangerous and a real urban jungle. Some are happy the city changed, some miss the good-old-days when the city was not yet turned into a big theme park and housing was still affordable. Some are just happy it’s save now.

My grandparents went to NY in the 70’s, 1976 to be exact. I know the exact date because they took a picture of a street with an adult cinema in it where they were playing movies including an ‘adult comedy’ (Ha!) named: Dear Pam (4.2 on IMDB, 14 people rated it) which they only played in 1976. (see picture above)

My grandfather used to write everything down (except the date on this trip, obviously) and he did not really like New York that much. ‘Too dirty and too many hobo’s’, he wrote. And to think that everything got worse with the 80’s recession (and crack). Anyway I would like to offer an original picture from my late grandfathers collection before you can check out the great work by Steven Siegel and other artists who captured NY (and the subways) in the 80’s. This is how I imagine how this (quite sad) picture went. ‘Look, a dirty hobo!, quick take a picture and make his misery last forever *click*’ 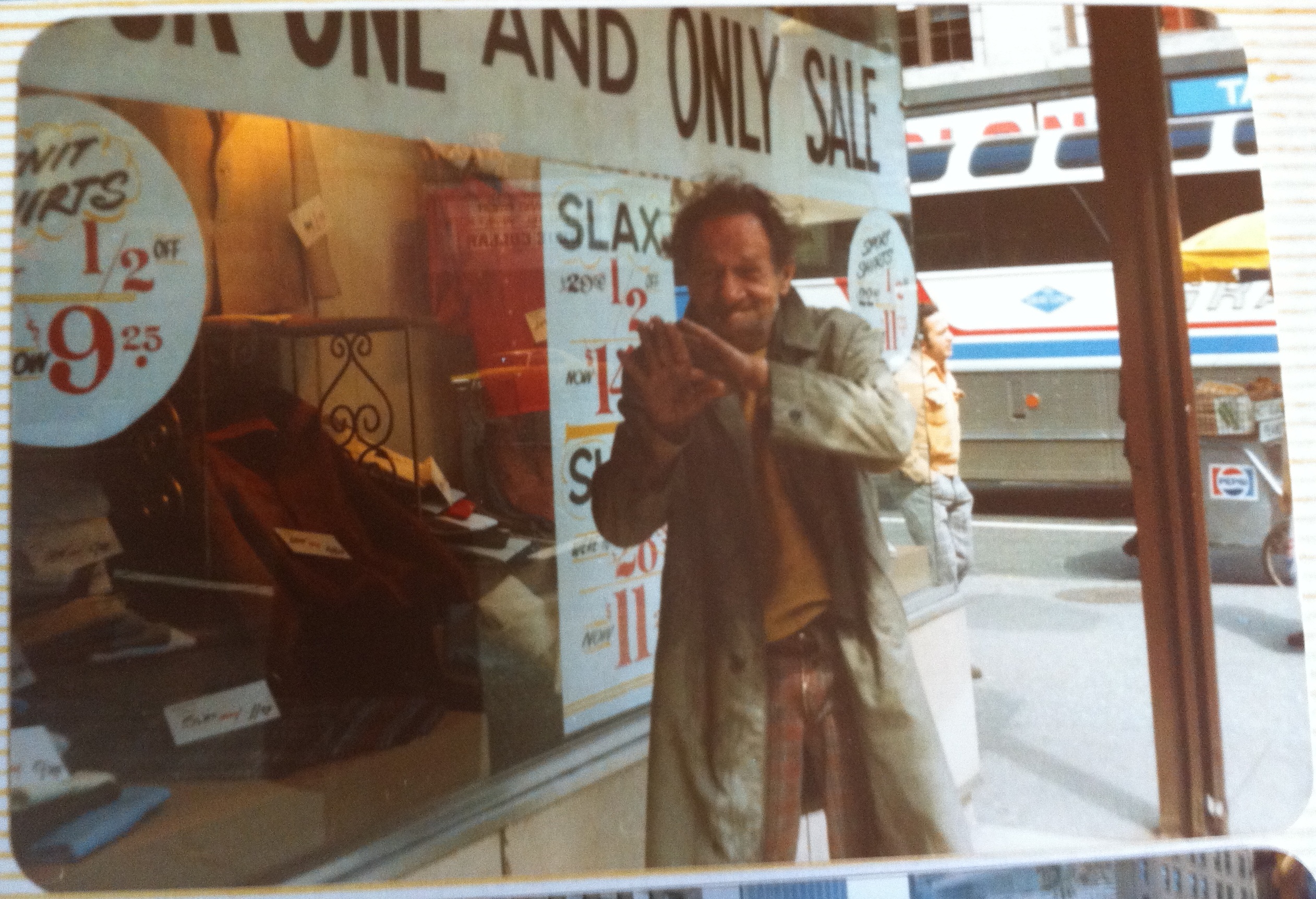 See the pictures by Steven Siegel and more here: